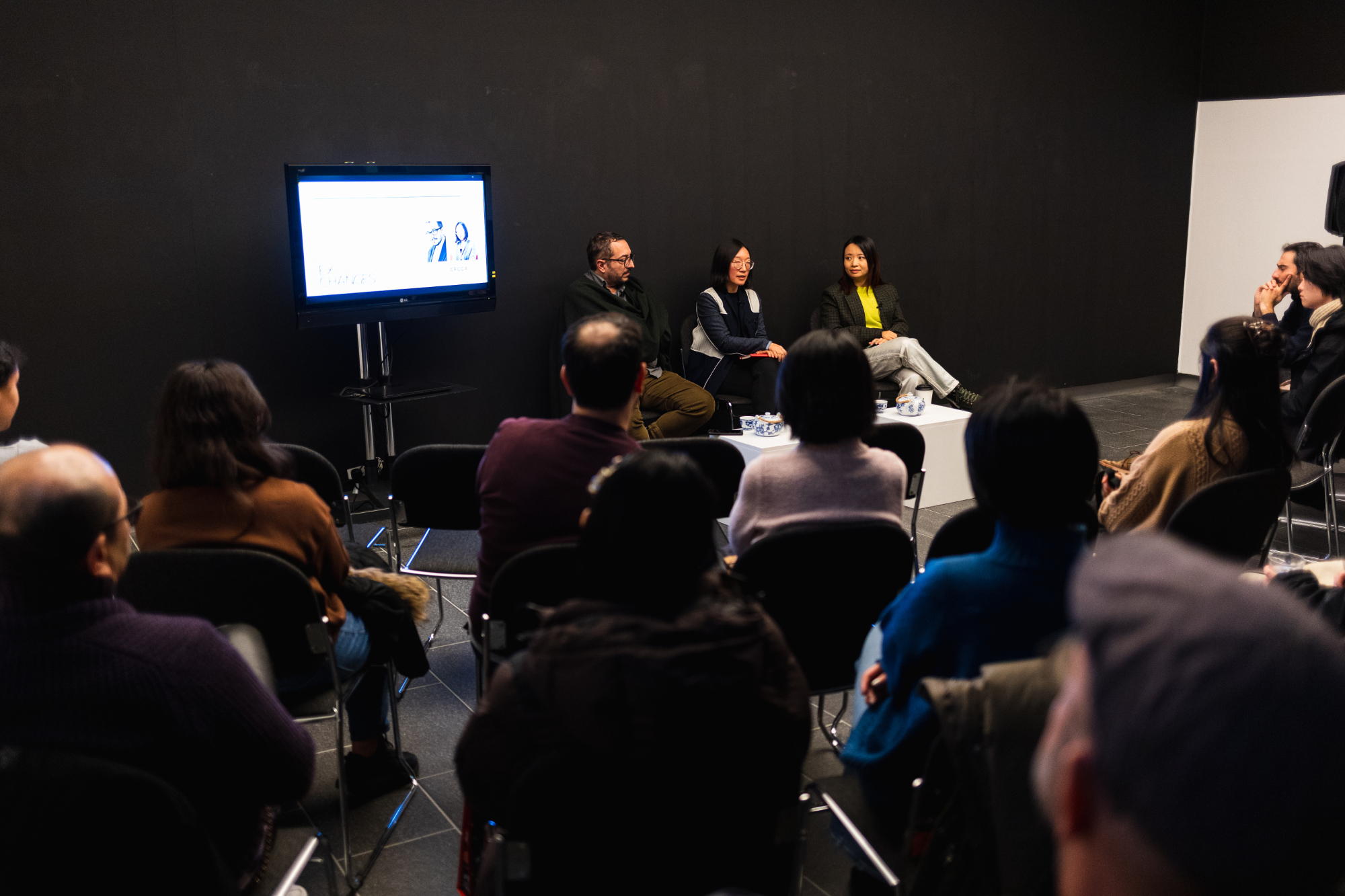 Cross-cultural Curation In And Beyond Asia

Convened by Xiaowen Zhu, Quadrio and You contextualise their rich and dynamic practice of curating contemporary art — critically reflecting the ‘global China’ framework and identifying the challenges cultural practitioners face in today’s shifting geopolitical environment. Stream the discussion via Youtube.

Quadrio and You have both conceived numerous curatorial and research projects, constituting new perspectives of the cultural environment, from China to Asia and the rest of the world, rather than focusing on border-defined nations. This conversation resonates with our ongoing quest for alternative ways to understand contemporary East and Southeast Asian art and culture. 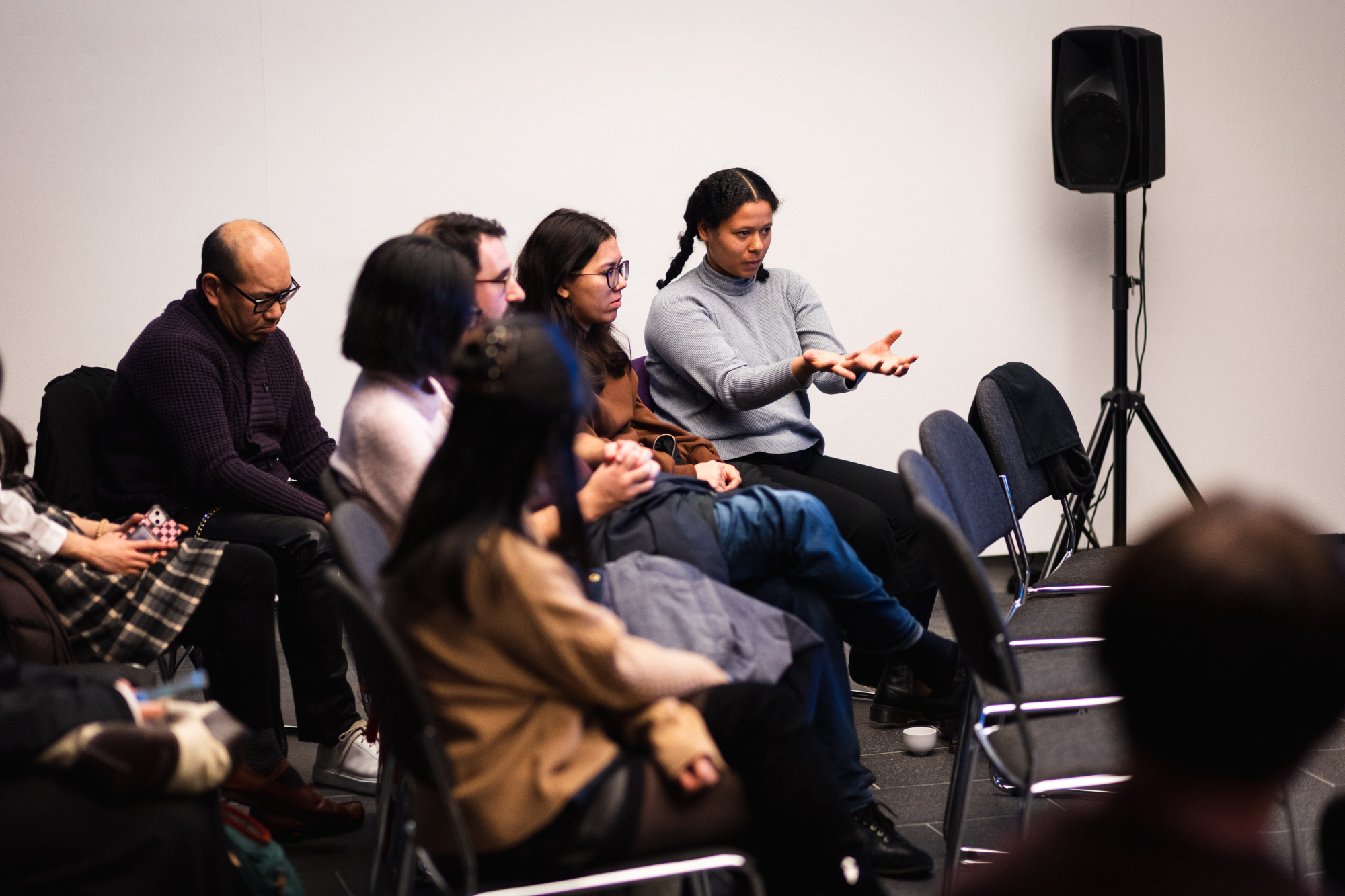 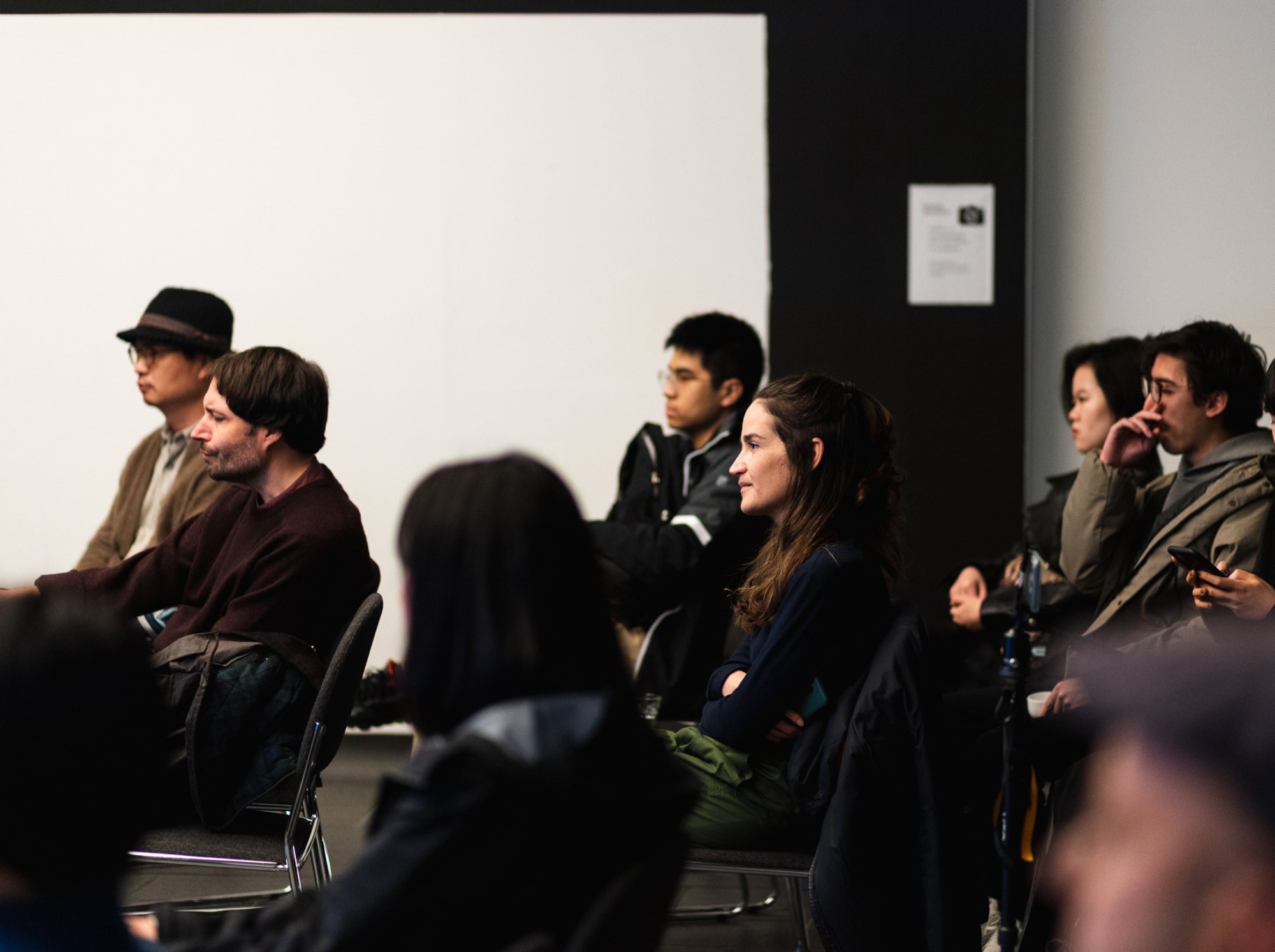 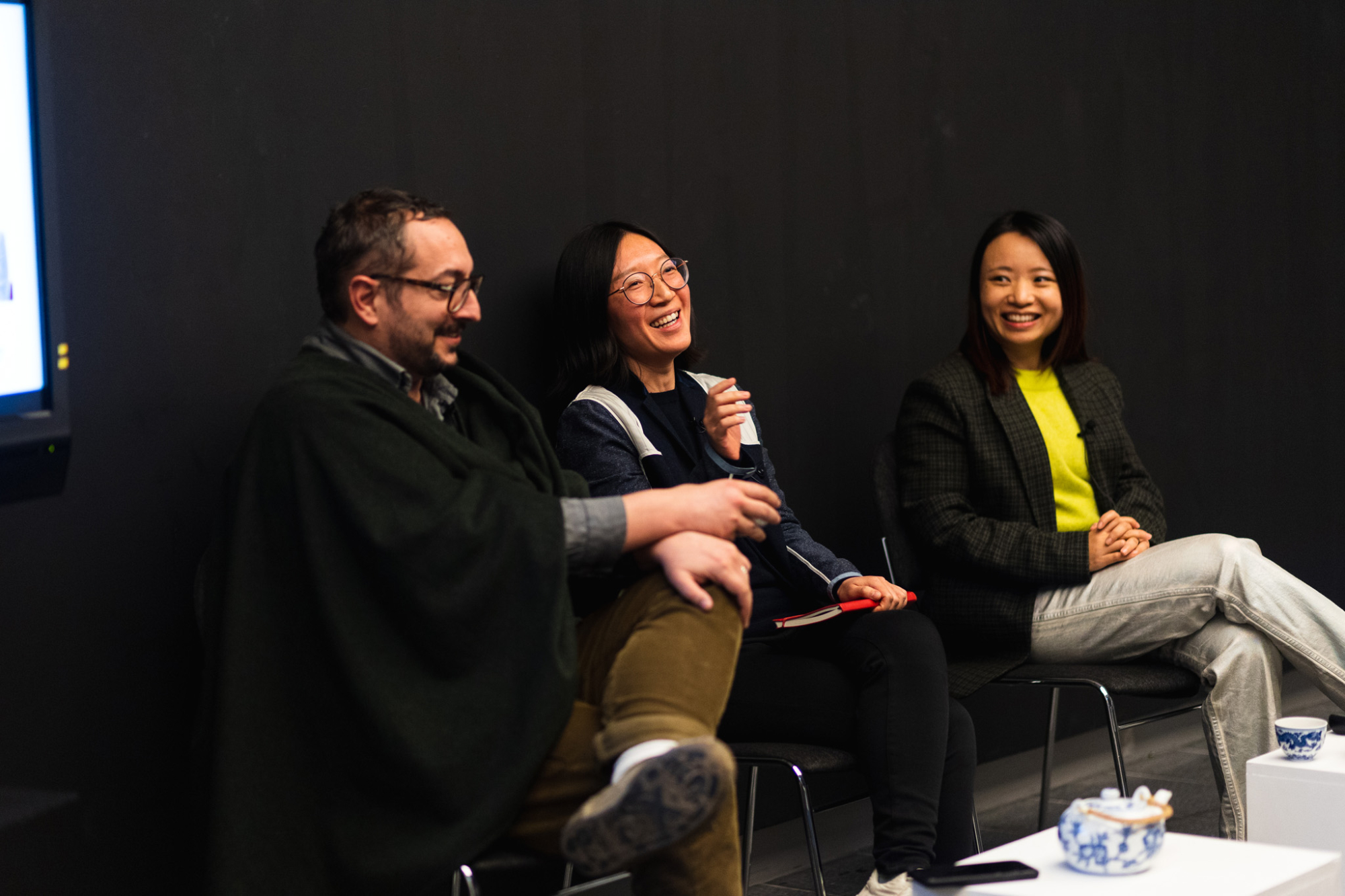 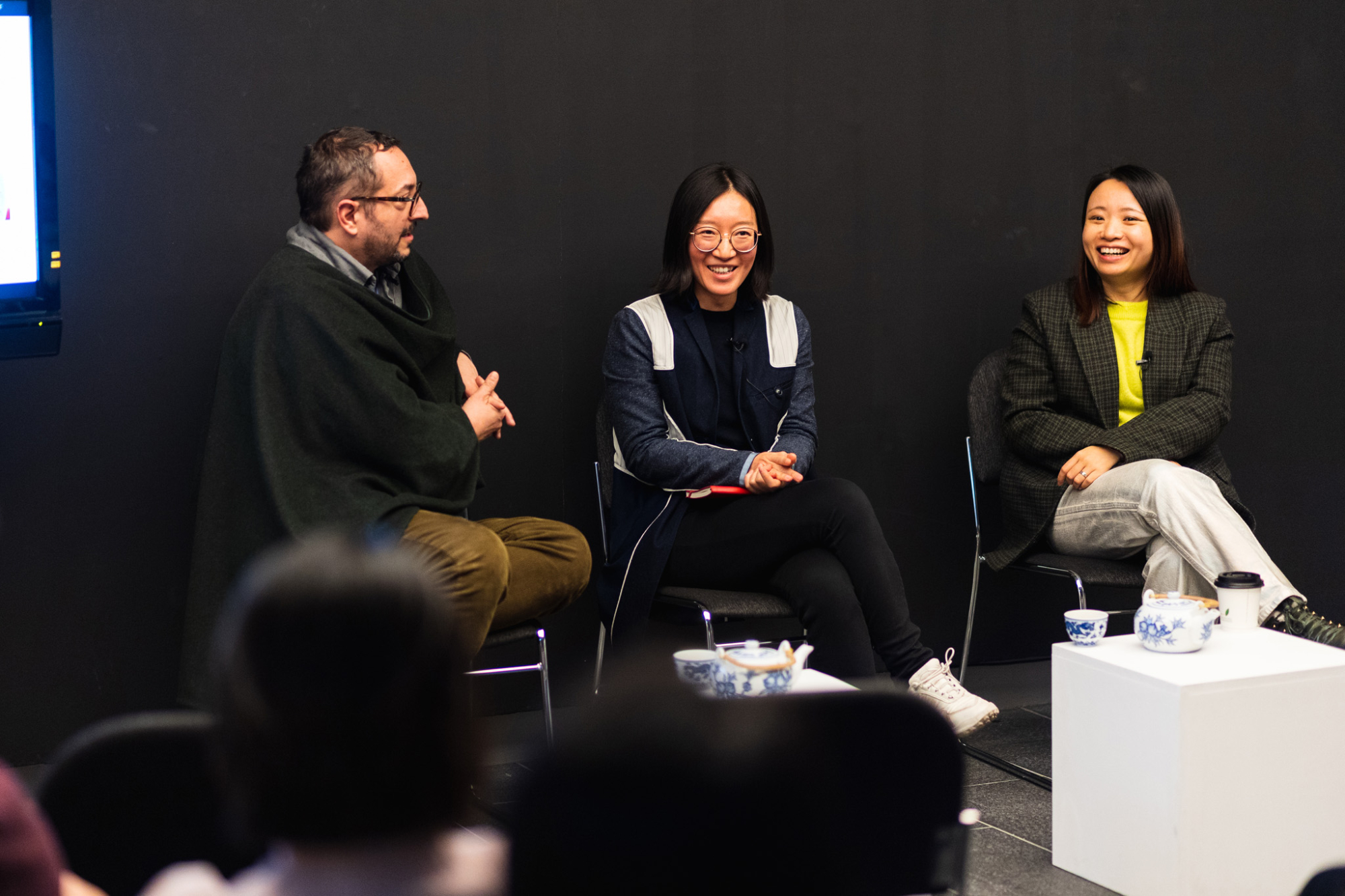 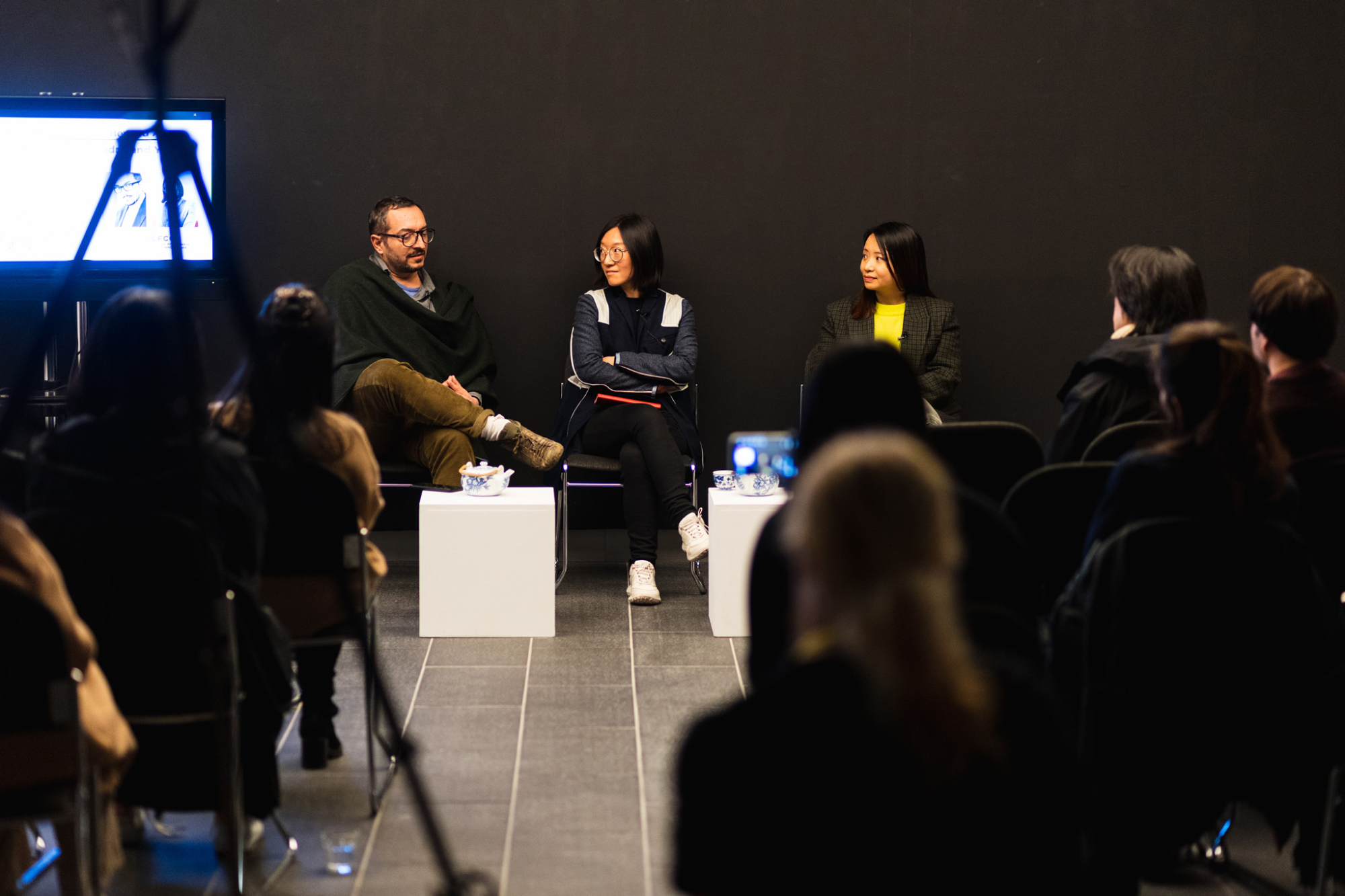 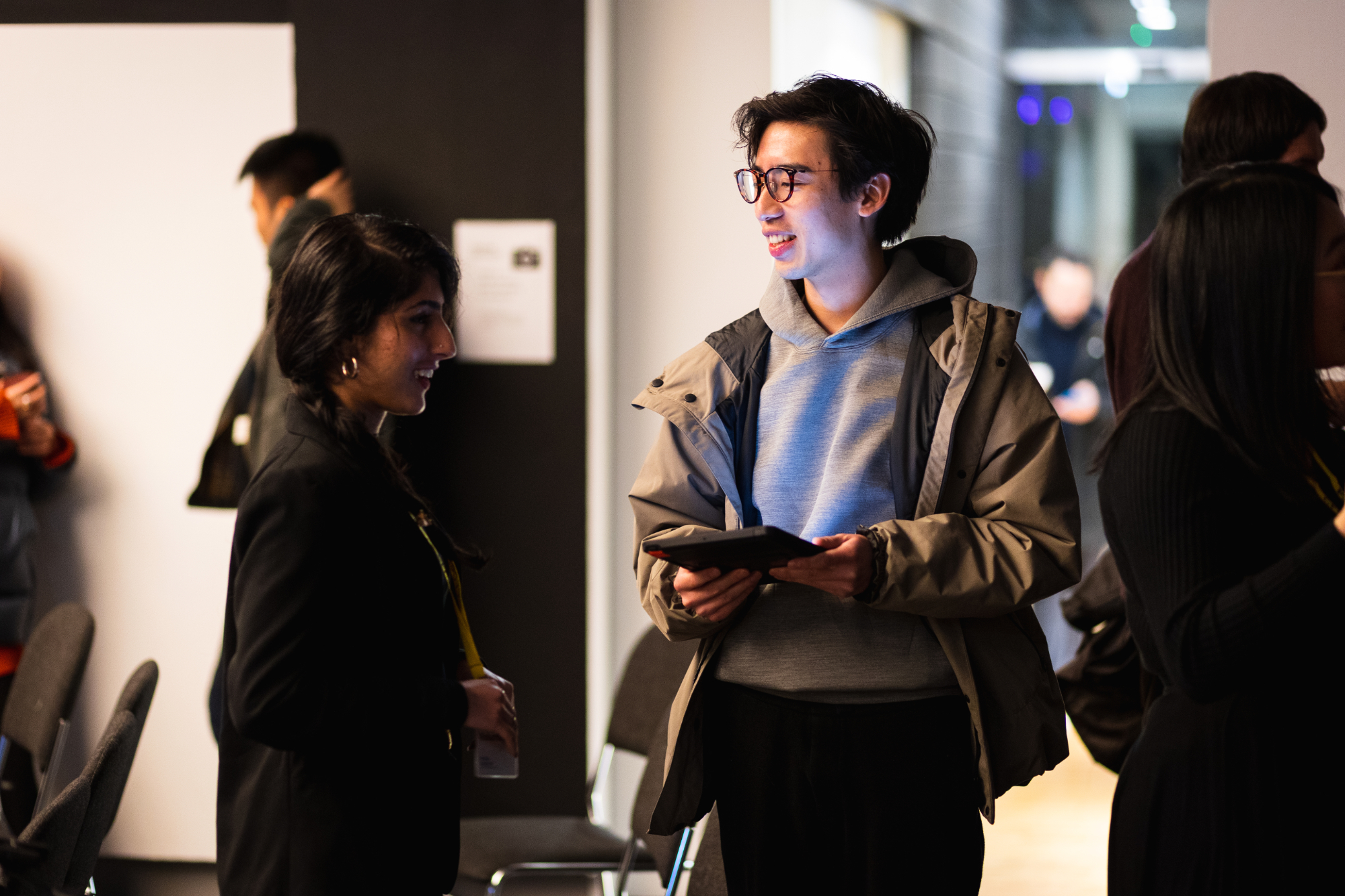 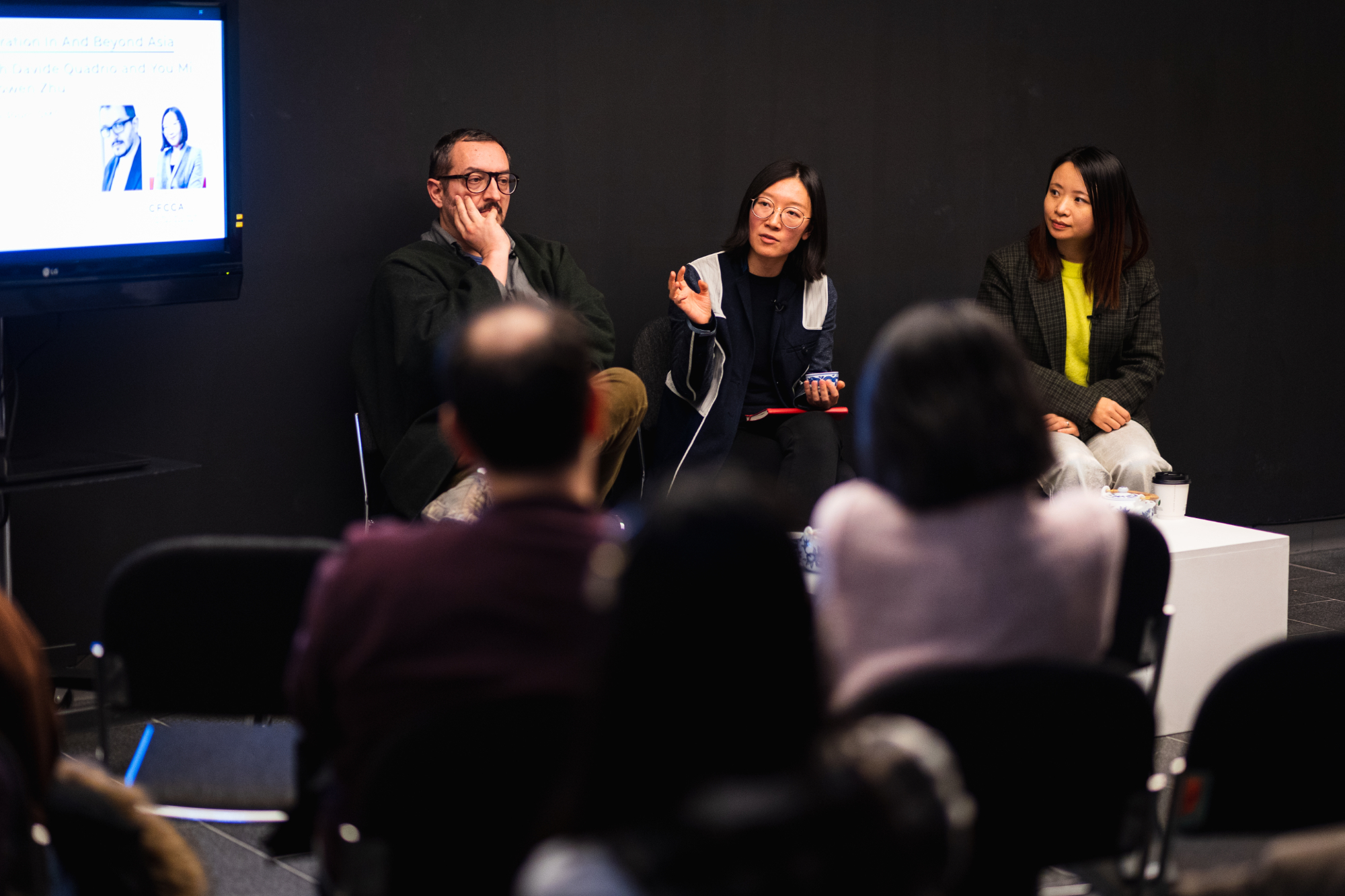 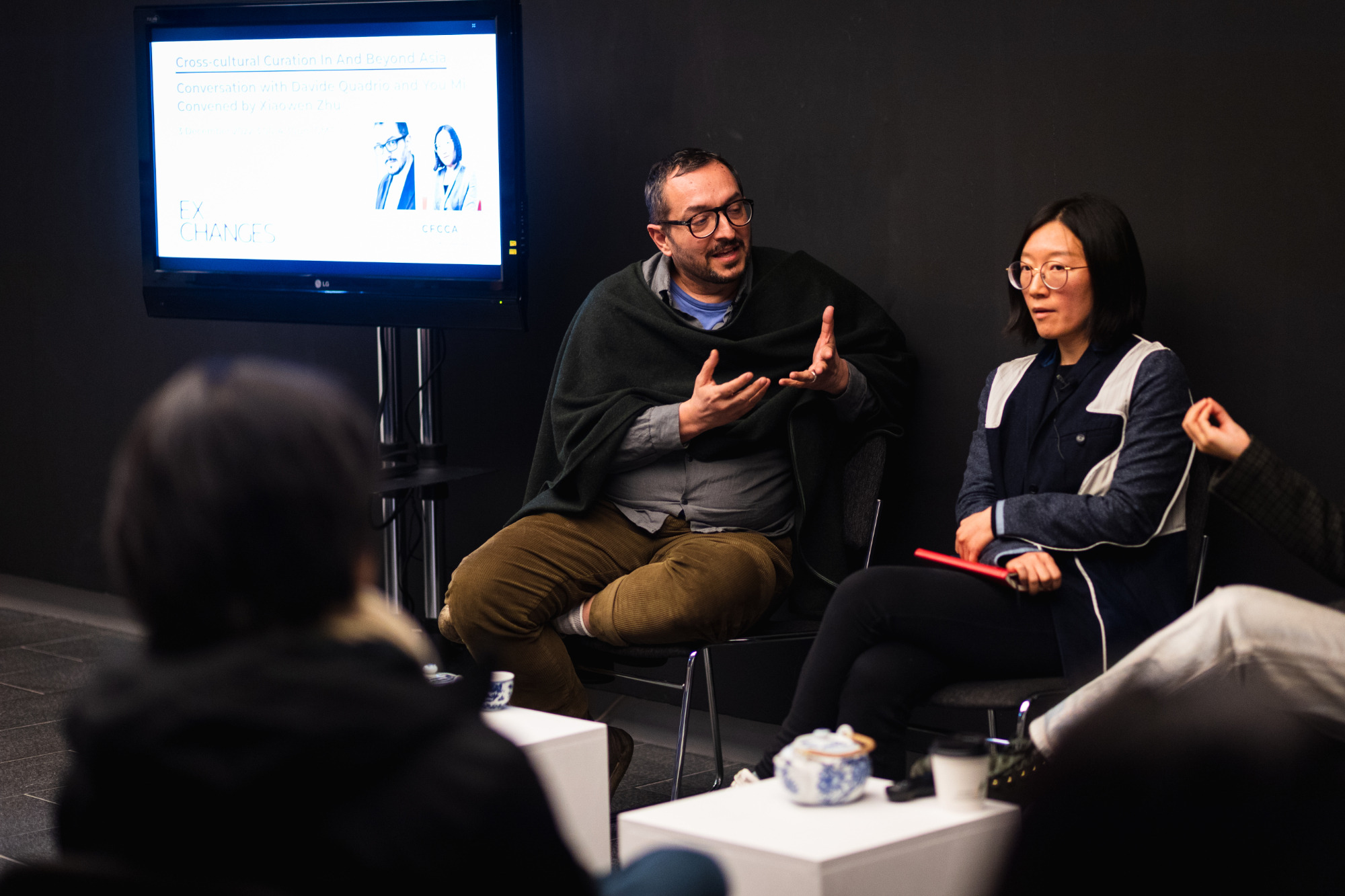 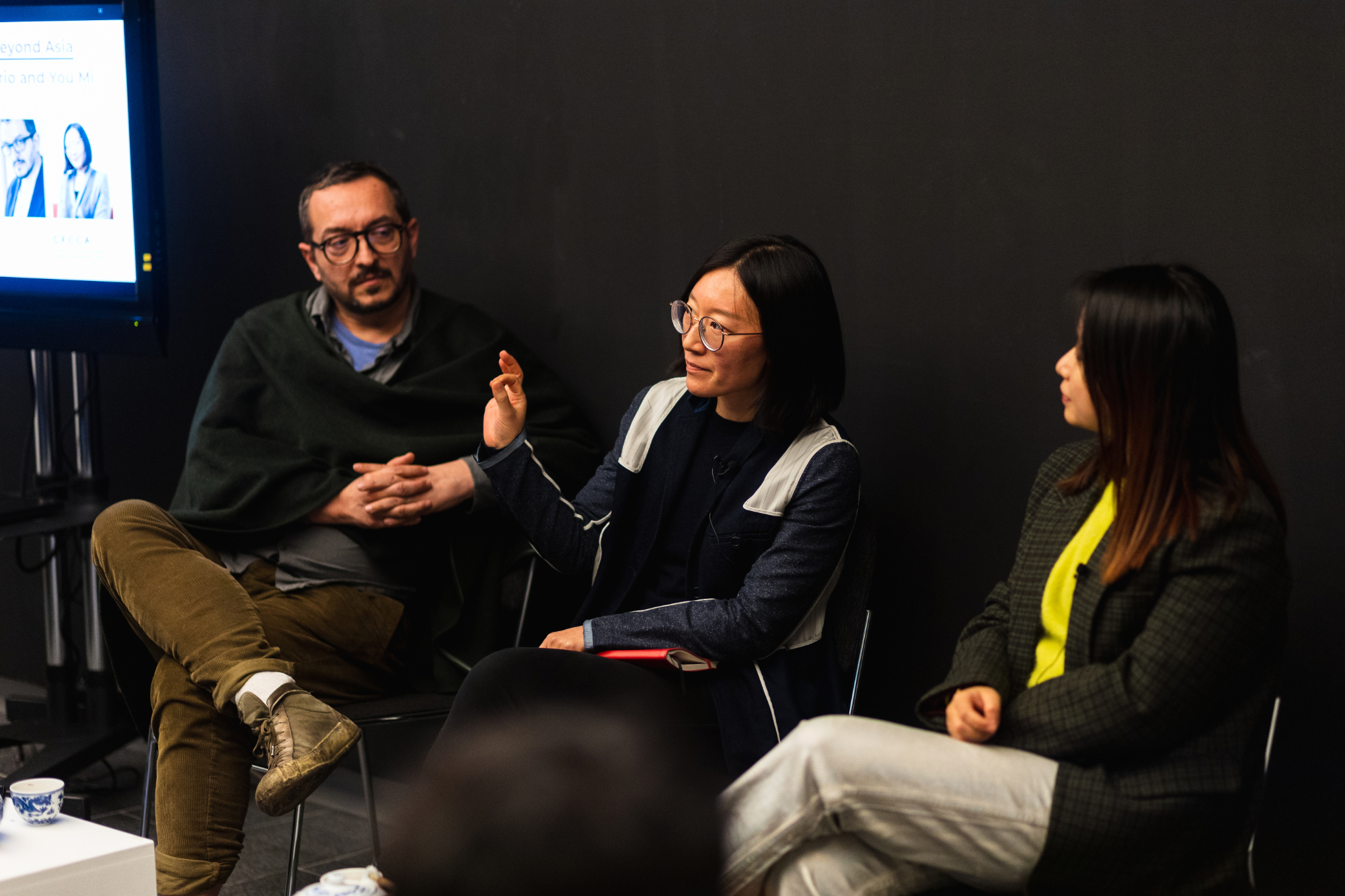 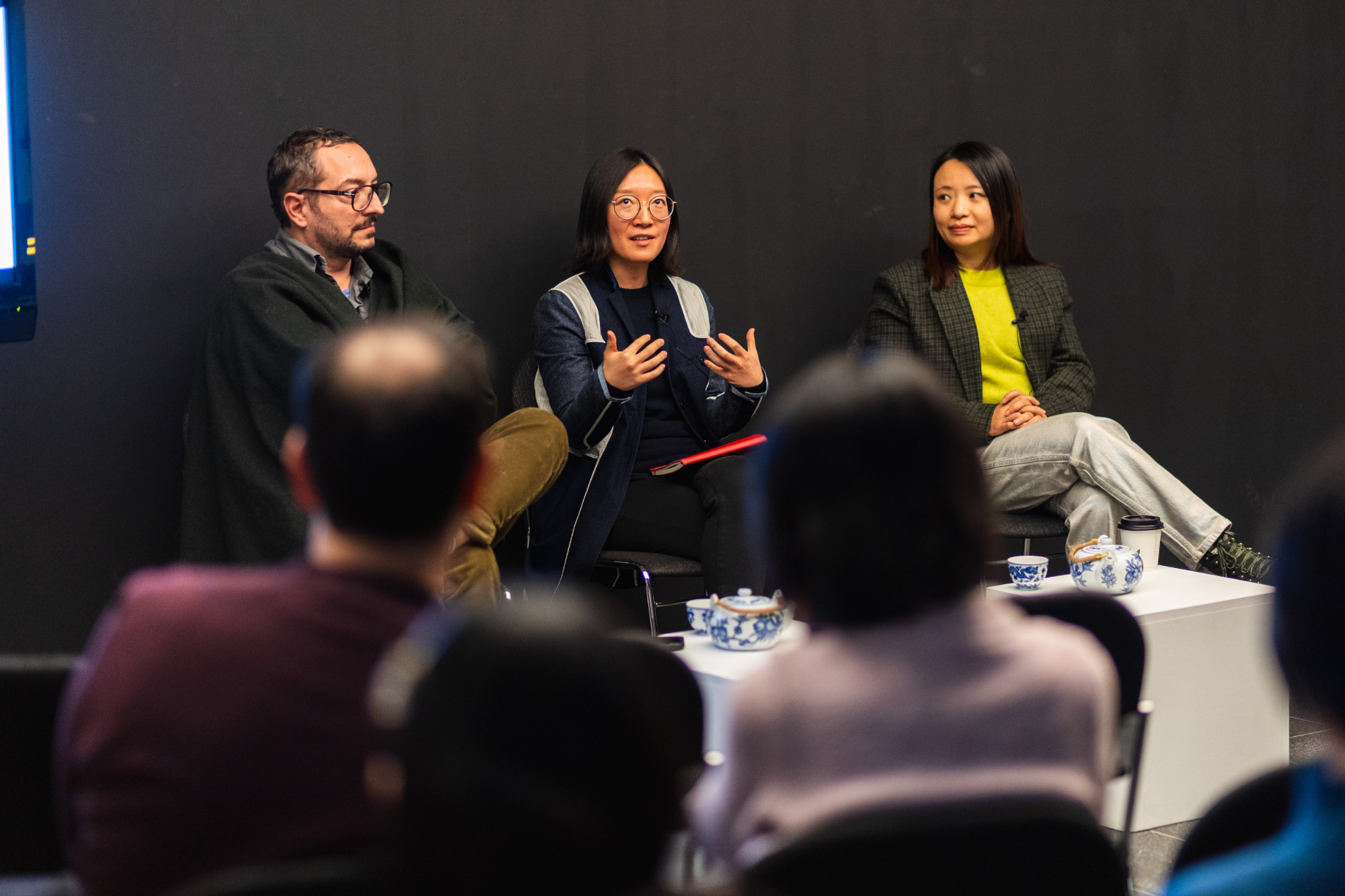 Davide Quadrio is the Director of the MAO Museum of Oriental Art in Turin. He has worked in China in the arts and culture for over two decades curating, producing and supporting the development of contemporary art. Alongside his entrepreneurial and organisational activity in the field of cultural production, Quadrio’s experience is fueled by a profound knowledge of the economic and international networking mechanisms supporting artistic production and communication.

In 1998 he founded the BizArt Art Center, the first not-for-profit lab in Shanghai which he directed for more than a decade. In 2007 Quadrio established Arthub, a production and curatorial proxy active in Asia and worldwide. He was the artistic director of Bund18 creative space in Shanghai from 2005 to 2008; and from 2013 to 2016 he was the curator for contemporary Art in the Aurora Museum in Shanghai. In 2015 he founded Kaleidoscope Asia, a sibling publication of Kaleidoscope Magazine. He is visiting professor at Iuav, University of Venice in the Arts and Architectural department.

You Mi is a professor of Art and Economies at the University of Kassel / documenta Institut. Prior to joining the University of Kassel, she was a research associate in the Art and Media Studies department at the Academy of Media Arts Cologne (2014-2021). Her academic interests are in new and historical materialism, performance philosophy, as well as the history, political theory and philosophy of Eurasia.

She works with the Silk Road as a figuration for re-imagining networks, and has curated exhibitions and programs at Asian Culture Center in Gwangju, South Korea, Ulaanbaatar International Media Art Festival, Mongolia (2016), Zarya CCA, Vladivostok (2018), and the research/curatorial platform Unmapping Eurasia (2018-) with Binna Choi. Her recent exhibitions focus on socialising technologies and “actionable speculations”, such as Sci-(no)-Fi at the Academy of the Arts of the World, Cologne (2019) and Lonely Vectors at Singapore Art Museum (2022). She was one of the curators of the 13th Shanghai Biennale (2020-2021). She serves as chair of the committee on Media Arts and Technology for the transnational NGO Common Action Forum. In 2022, she was listed as one of the ‘Apollo 40 Under 40 Asia Pacific | The Thinkers.’

About this series
Exchanges

This event is part of 'EXCHANGES', a series of public programmes to make space for artists and communities as we undergo a period of transformation and growth. 'EXCHANGES' refers to the movement of people, places, ideas, materials, emotions, memories, resources, possibilities, and hopes. They are a series of dialogues that aim to metabolise collective energies and contribute to a forum of communal expression.